Bred in a time of hardship, adventure, and exploration, the cowboy is the legendary symbol of the American West. These pioneers would spend time herding cattle and working on the cattle ranches of the Old West. Traditionally spending much of his day on horseback, the historical American Cowboy rose from the traditions of the Mexican vaqueros to become figures of legend.

Today, cowboys are used as a symbol to promote all sorts of things from chuck wagon buffets to steakhouses. 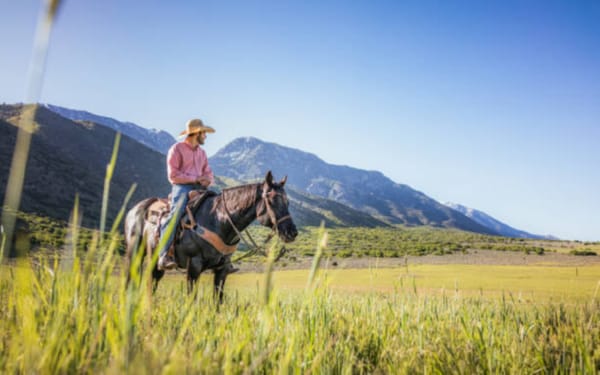 Out on the range.

Cowboys were usually just settlers traveling west from the American eastern seaboard, often having emigrated from Europe in the 17th and 18th centuries and looking for a new life in what was known as the American Frontier. Others went on cattle drives moving herds from Texas up North. Here are some cowboy slogans and quotes that capture this truly American imagery. 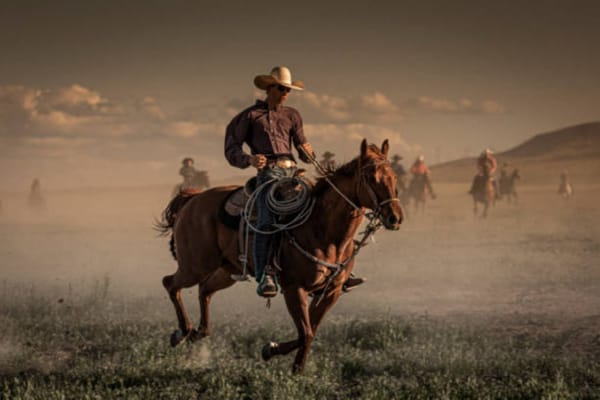 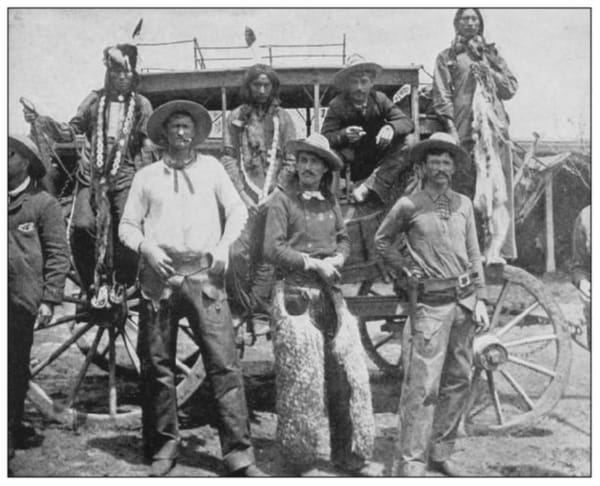 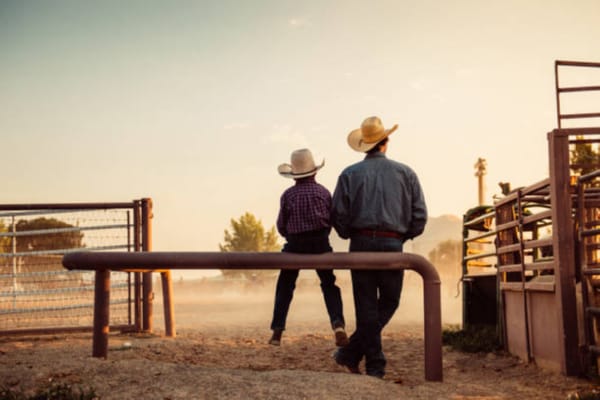 Get inspired by the rugged cowboy.

“There is no better place to heal a broken heart than on the back of a horse.” – Missy Lyons.

“When you’re young and fall off a horse, you may break something, when you’re my age and you fall off, you splatter.” – Roy Rogers. 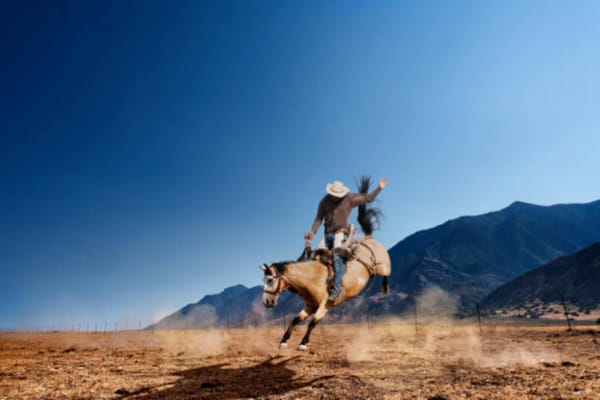 Could you hold on for 8 seconds?

Here are some simple translations of commonly used cowboy phrases.

Words of the Old West 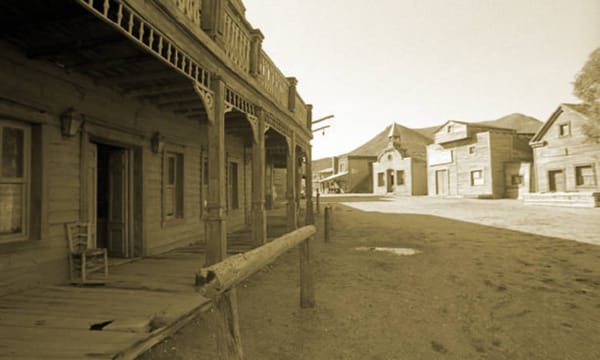 “They say I killed six or seven men for snoring. It ain’t true. I only killed one man for snoring.” — John Wesley Hardin.

“Leave me alone and let me go to hell by my own route.” – Calamity Jane shortly before she died in Deadwood, South Dakota, in 1903. 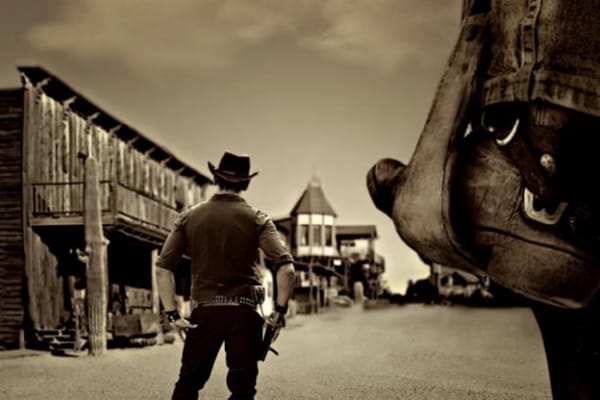 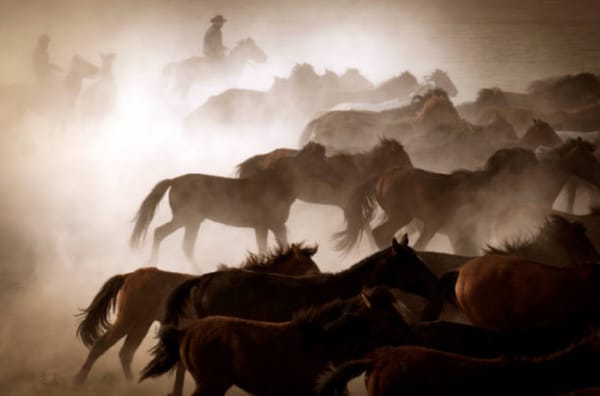 Ride free on a horse.

What is a group of cowboys called? 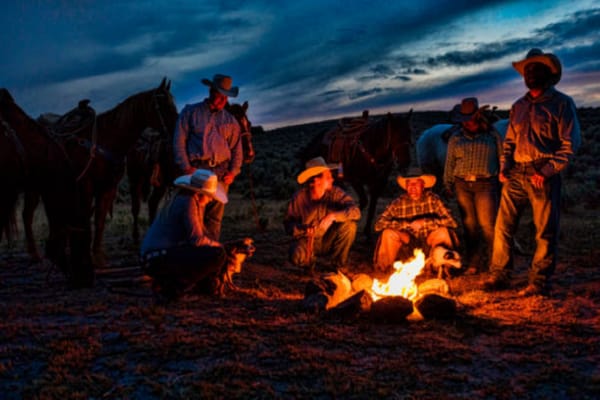 Sitting around the camp fire.

If you are familiar with the old westerns you already know a group of cowboys is known as a “posse.” This is true when a group of law men is tracking down bank robbers and outlaws. And even in those days, the term came from the Latin legal term “posse comitatus” meaning “force of the country”.

But there were also other names used at the time, and one popular term used for a group of cowboys “back east” was a “Saunter of Cowboys”, a term of venery codified by James Lipton from his book, Exaltation of Larks.

What’s the attitude of a cowboy? 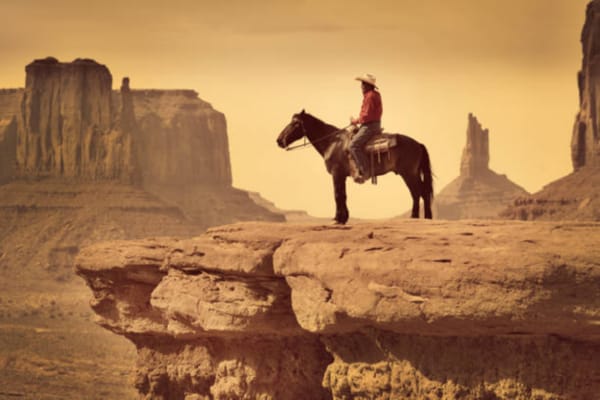 Do you have a cowboy attitude?

What makes a cowboy? While some may say it was the hat and the horse, more often than not it was really their doggedness and willingness to keep going even when facing insurmountable obstacles. The attitude of a cowboy is toughness often brought about by a lack of creature comforts.

In most literature of the time, the cowboy was renowned for having an attitude of never giving up, even after experiencing failure upon failure. For men working on ranches all hours of the day or night, and in all weathers, they had an attitude of constant effort.

Suffice to say, the attitude of the cowboy is very different from having a cowboy attitude.