Brooks Brothers vs. Jos A. Bank: Everything You Need To Know

Every man should have at least one suit in his closet. There are many options to think about such as cut, fit, fabric, style, purpose. Fitted ankle suits look great for date night and for work. There’s the suit you want to keep around for the occasional funeral or job interview. Depending on your business, you might need a multitude of suits for your everyday wear. Whatever the reason, whatever the cause, a suit is always something you should have on hand.

Brooks Brother and Jos A. Bank are two long-lasting American companies that specialize in off-the-rack suits for a reasonable price point. Keep reading to see how these companies started and a few items that they specialize in. Keep them in mind the next time you need a suit. Their well-trained staff will ensure you get a good fit, even without tailoring. 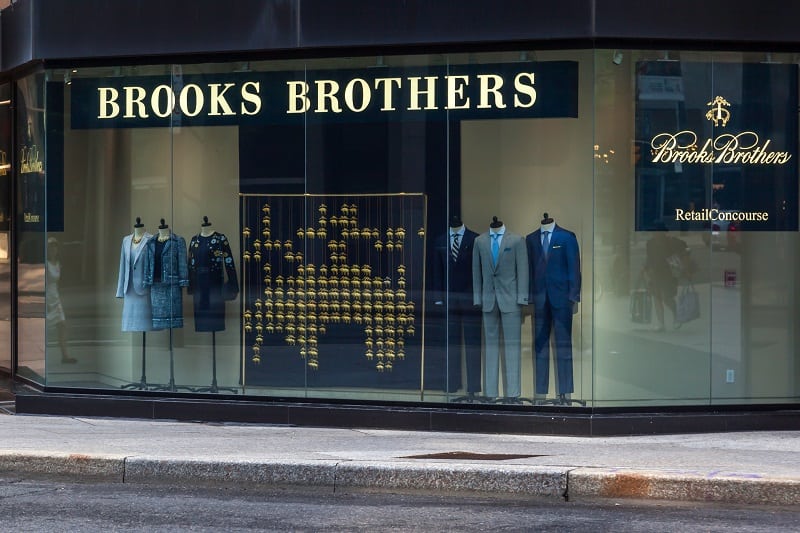 Brooks Brothers are known as one the oldest, and probably most recognized American clothing companies that are still in existence. Founded in 1818 by Henry Brooks, the company changed its name to Brooks Brothers when Henry’s sons inherited the company. In 1849, they were the first company to introduce ready-to-wear clothing.

One of the company’s most famous customers was Abraham Lincoln, who was actually assassinated while wearing a black Brooks Brothers suit. Fun Fact: from 1865 to 2003, Brooks Brothers discontinued black ready-to-wear suits. The main theory is that it was out of respect for Mr. Lincoln, but without confirmation from the company, it is just that – a theory.

Around the beginning of the 20th century, they introduced the sack suit, which would go on to be one of their most popular and most successful wardrobe staples. The generous cut of these particular suits allowed them to fit a wider array of body types right off the rack without needing to be tailored.

Around this same time, they also invented the oxford cloth button-down shirt which became popular among athletes, mainly those who played tennis and polo. Not only was this shirt casual in style, but it was made from a breathable fabric that kept the wearer cool. Later on, JFK made this shirt an iconic men’s wardrobe staple.

Now, at over 200 years old, Brooks Brothers has had a defining role in shaping American menswear and style. They made clothing more accessible, affordable, and wearable for the masses. Known for their quality, conservative, classic looks, and for manufacturing in the United States for a large majority of their history, they have outfitted 40 American presidents and almost every movie star in the 30s and 40s.

Not sure what to buy besides the black suit and oxford shirt? Their tuxedo shirts are high on the list. They offer both pleated front and bib front versions and a detachable wing collar. While you are stocking up on black tie wear, pick up a pair of opera pumps, the most formal shoes a man can wear.

Now that fall is on its way, a Brooks Brothers sweater is a classic winter addition to every man’s wardrobe. They have a wide variety of options, but the most popular are turtlenecks, cardigans, v-necks, and shawl collars. Stay away from synthetic fabrics and instead opt for natural materials like wool, merino, and cashmere.

Brooks Brothers are also one of the few off-the-rack businesses that still offer classic overcoats. Stick with the more traditional version and stay away from their leather jackets, bombers, and down-filled jackets. You can find those styles done better elsewhere, but you will get the most bang for your buck on their classics.

See more about - Abercrombie & Fitch vs. Hollister: Everything You Need To Know 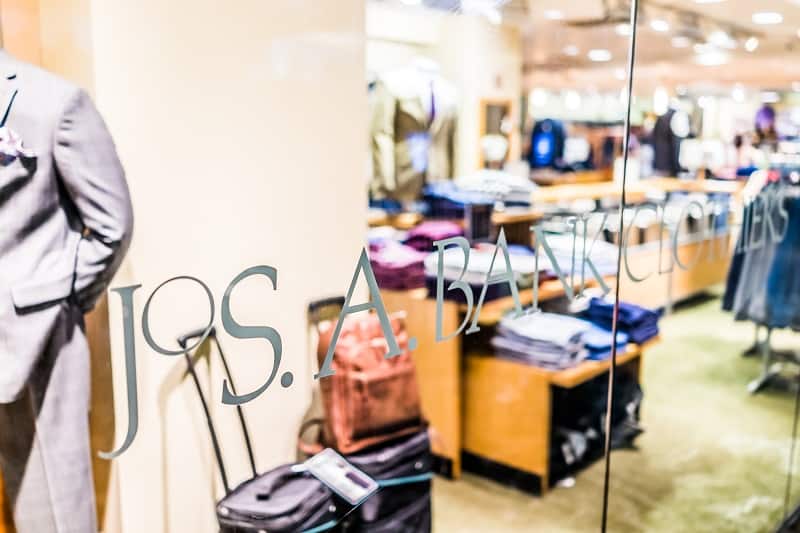 Another old American company, the story of Jos. A. Bank began at the end of the 19th century when Lithuanian immigrant, Charles Bank, opened up a tailor shop in Baltimore, Maryland. His grandson, Joseph A. Bank later joined him. By this time, the small tailor shop was a trouser manufacturing company.

In 1912, Joseph married Anna Hartz, who was a saleswoman for a rival company. He and his new mother-in-law formed L. Hartz and Bank, a new company that manufactured suits and sold them wholesale.

The company continued in this capacity over the next few decades. In 1940, they purchased a building for all of the offices, showroom, cutting, and shipping departments. In 1945, Joseph and his son Howard bought out the Hartz family and renamed the company Joseph A. Bank Clothiers, and decided to put their efforts into making clothing for businessmen.

Legend has it that Howard began selling the company’s suits directly out of the factory, displaying the wares on a pipe rack. They decided to try their hand in retail and reached an agreement with a store in Washington D.C. called Louie’s. It was also during this time that out-of-town customers had begun requesting fabric swatches and ordering clothes. In 1960 a catalog was introduced and opened them up to a whole new market while still manufacturing for wholesale.

In 1992, a Jos A. Bank store opened in Illinois that featured a modified Shaker suit, which was not as upscale as their previous styles. This style became incredibly popular and the company continued opening brick-and-mortars with a simplified interior, appealing more to the “everyday man.”

The suits offered and sold by Jos A. Bank have a good value and comparable quality to other major suit brands that retail at a similar price point. They use half-canvas construction and premium wool fabrics for about half the price. With that in mind, the cut of their suits is more classic than trendy and caters to businessmen and not fashion-conscious men.

And since suits tend to remain in your wardrobe for years, you don’t necessarily want anything trendy that will lose its appeal over time. Also offering classic sweaters for the fall and winter season in a variety of styles of colorways, just avoid synthetic fabrics.

One Over The Other?

With pretty equal price points, it comes down to a personal preference. Suiting options at both companies offer a looser fit but are cut slightly differently. For more black tie options, Brooks Brothers are your winner, but when it comes to casual wear, Jos A. Bank might have more variety. Depending on what you are looking for, it doesn’t hurt to try both stores.

See more about - Hanes vs Fruit Of The Loom: Everything You Need To Know

The post Brooks Brothers vs. Jos A. Bank: Everything You Need To Know appeared first on Next Luxury.