Dons Of Denim: The Greatest Jeans Brand In The World Today

Its difficult to imagine a time before jeans. Over the course of the last 150 years, these hard-wearing denim pants have gone from workwear workhorse to fully-fledged everyday essential. Theres a fit for every body type, a colour for every occasion and, as is evidenced by a lengthy stint at the top of the mainstream menswear hitlist, they just dont go out of fashion.

Its for these reasons that a good pair of jeans (or three) is an absolute must in every mans wardrobe. Theyre timeless, versatile and can be called upon for everything from a walk in the park to an evening on the town.

One of the major plus points that sets jeans apart from other styles of legwear is their unrivalled durability. But that only holds true if you buy from the right labels. From American originators and Japanese perfectionists to masters of European minimalism, there are a select few denim brands across the world crafting jeans on their own terms and doing it better than anywhere else. Sartorially speaking, the French are known for many things, but denim isnt traditionally one of them. That all changed when aptly named Jean Touitous A.P.C. burst onto the scene in the late 1980s. In the time that has elapsed since, the Parisian labels raw denim offering has earned a reputation as some of the best-fitting and most reasonably priced around. For many seasoned denimheads, it was a pair of A.P.C. jeans that first got them interested and industry insiders rarely have anything but praise for them. 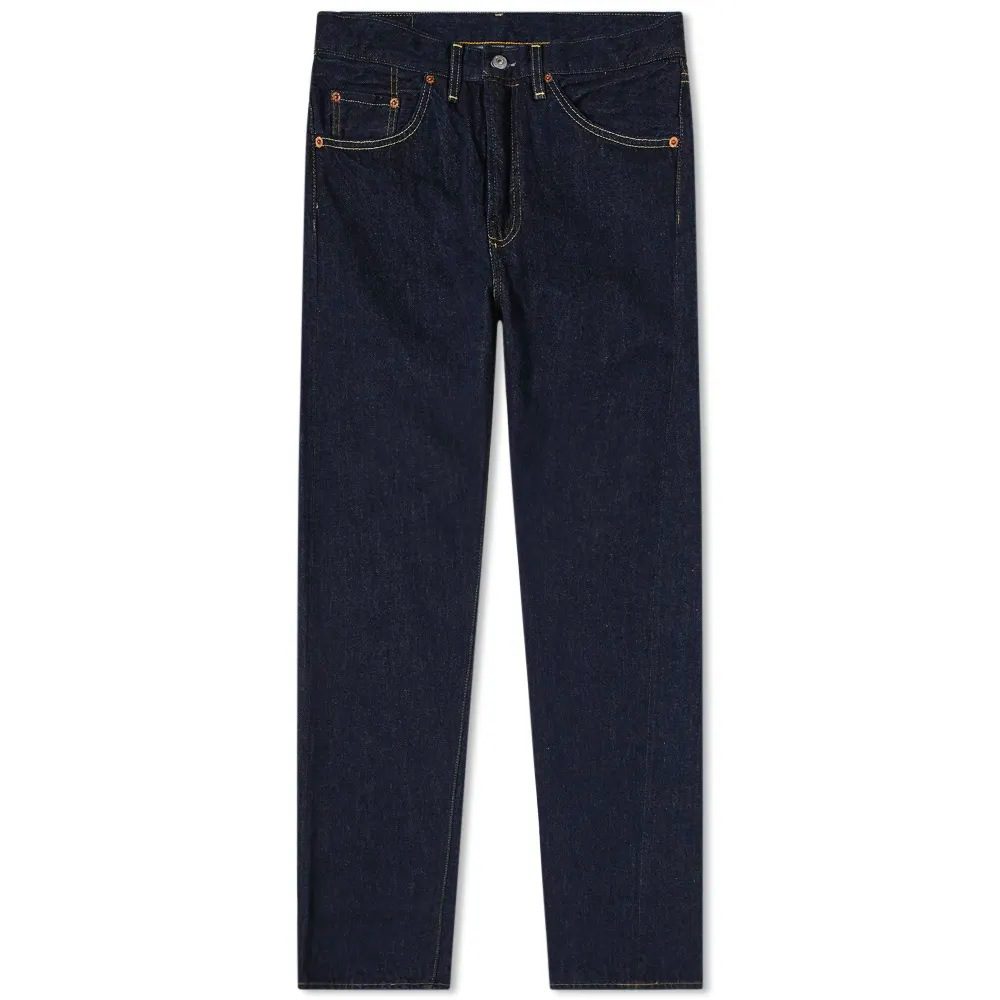 Given that it was Levi Strauss who invented denim legwear in the first place, it stands to reason that his eponymous brand would make some of the best around. Levis is a label that really needs no introduction. Since 1853, the San Francisco brand has been doing pioneering things with denim changing the menswear landscape in the process. Its difficult to imagine a more mainstream brand, but even so, Levis status in the mid-20th century as a symbol of rebellion has immortalised that little red tag as an icon of counterculture. Expect classic styling, timeless designs and premium construction courtesy of the labels Levis Vintage Clothing offshoot. Hailing from Gothenburg, Sweden, Nudie (featured image, top) is a brand that believes in wearing and repairing. Founder Maira Erixon is a firm believer that the more a pair of jeans is lived in, the more character theyll ultimately have. Thats why the Scandinavian labels outposts all feature repairs and alterations in-house, to enable the customer to get the most out of their denim. Styles range from skinny to loose-fitting and are all finished off with signature rear-pocket embroidery and a catchy name that references the cut. Plus, prices are reasonable and theres an overarching focus on sustainability so you can feel that little bit better about making a purchase. These days, Japan is known as one of the best countries in the world for high-quality denim. The fixation began shortly after World War Two, but historic brand Edwins shuttle looms had been firing on all cylinders since long before then. Among other things, the Nipon-based label is known for its rainbow selvedge denim which features a multicoloured trim at the edge of each selvedge line. Theres also a full range of casualwear, running the gamut from T-shirts and tops to accessories and luggage. Swedish label Acne Studios might be best known for its fusion of avant-garde styling and stripped-back Scandi minimalism, but its roots are in denim. The company first found success in the fashion arena with 100 pairs of raw denim jeans made exclusively for friends and family. Since then, Acne has earned a reputation for making some of the best low-key jeans out there; heavy on quality, but light on branding and detail. Conceived in the mid 1990s as a homage to the Old West and early 1900s workwear, RRL (pronounced double RL) is the top-tier offering by preppy American heavyweight Ralph Lauren. The workwear influence means that denim is a big part of the brands collections, and while RRL does make some exquisite raw denim, the washes are what its really all about here. Authentic whiskering and distressed detailing in all the right places mean these jeans look and feel just how you want them to from the second you pull them on. Sure, the prices may be a little higher than the competition, but you really do get what you pay for. New Yorks Rag & Bone may not be an out-and-out denim brand, but its still highly spoken of by those who know their jeans. Clean silhouettes, flattering fits and tasteful washes are all par for the course, and with all jeans made by skilled hands on USA soil, you can be assured that the quality and craftsmanship are up to scratch. Expect simple styling, minimal branding and heaps of class. Britain hasnt historically been known as a hotspot for quality denim, not in the same way that American and Japan are. However, London-based brand Blackhorse Lane Ateliers is on a mission to change that. The relatively young label describes itself as Londons only craft jeans maker, offering up high-end, British-made jeans that are more than capable of standing up to the intercontinental competition. Fancy making them yourself? You can even pop along to the studio for a masterclass in denim and walk out with a pair that are truly your own. 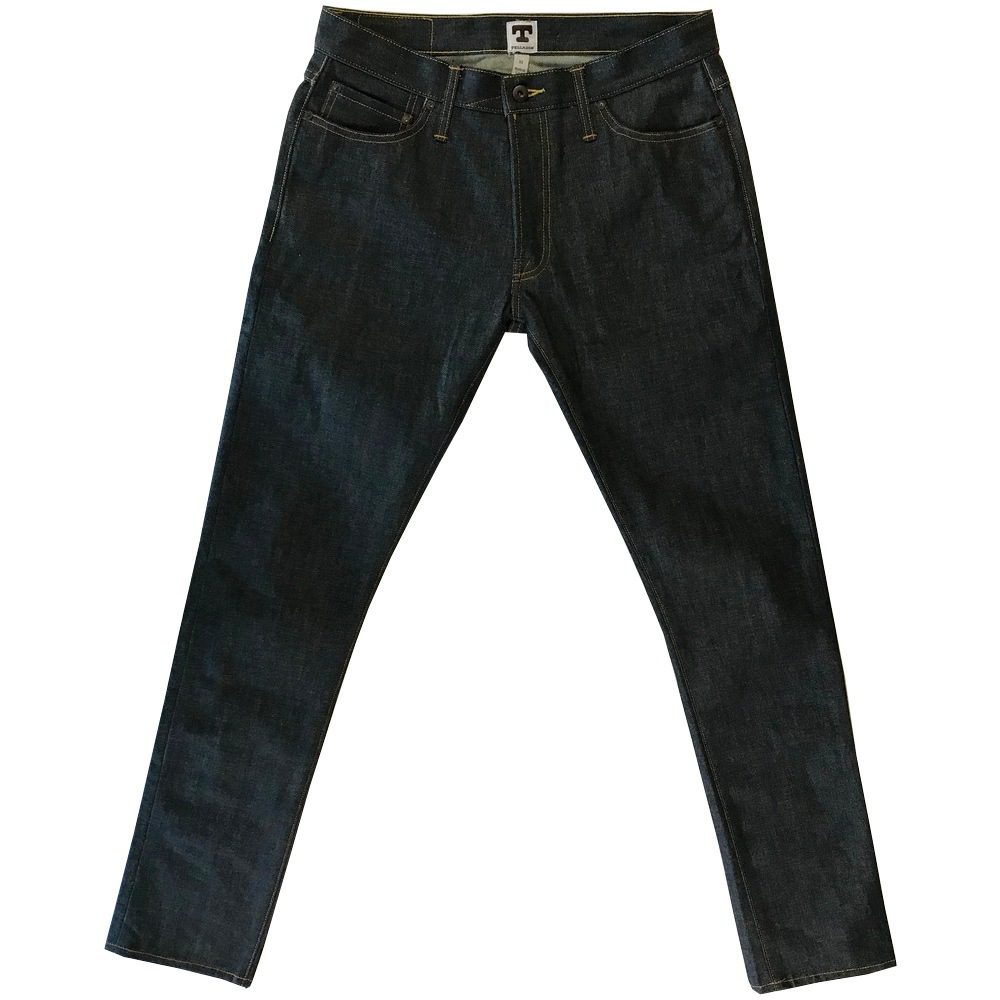 When it comes to raw denim, the Japanese have most of the clout these days, but there are still American labels keeping its spirit alive stateside. One of them is Tellason: a North Carolina-based brand using San Francisco-sourced materials to create some of the heaviest and best raw selvedge jeans weve ever laid eyes on. These are the type of jeans that even the most hardened of denim snobs would have a hard time faulting. Definitely one for the connoisseurs.

The post Dons Of Denim: The Greatest Jeans Brand In The World Today appeared first on Ape to Gentleman.