Former Britain’s Got Talent finalist Jonathan Goodwin has spoken for the first time since he was hospitalised with serious injuries after a stunt went drastically wrong.

The Welsh escapologist, who reached the final of Britain’s Got Talent in 2019, fell dozens of feet to the ground after being crushed between two cars in midair, as he rehearsed for America’s Got Talent: Extreme last week.

The stunt was supposed to see Jonathan free himself from a straitjacket and fall underneath the vehicles before they collided.

On Wednesday, the injured 41-year-old shared a picture on Instagram from his hospital bed, jokingly saying “na-na-na-na-na to death”. 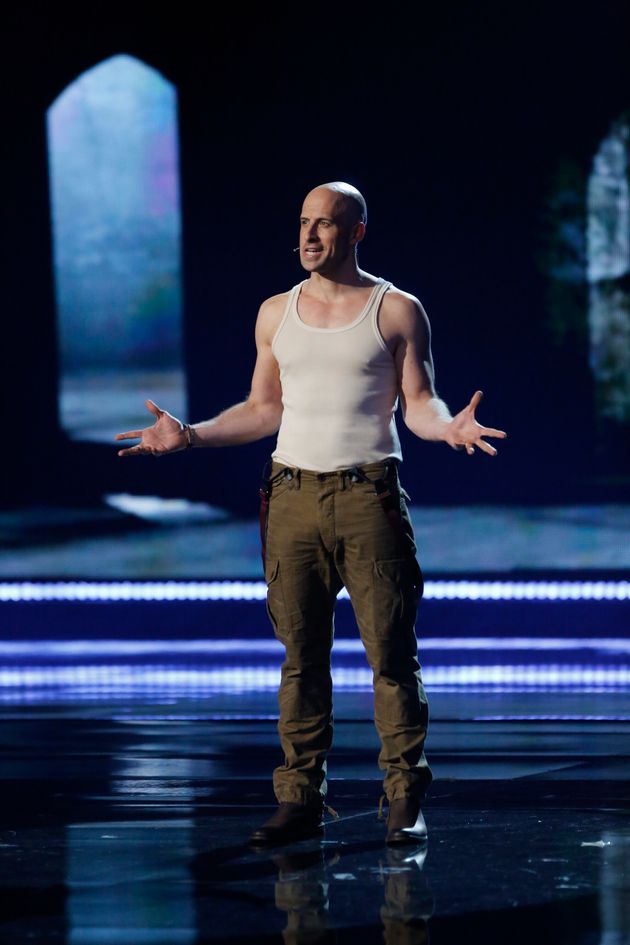 “A couple of days ago my life took a complete left turn,” Jonathan, aka The Dare Devil, wrote.

“And the outpouring of love from all the corners of the world; from people I didn’t even think would know or remember me… has just been astonishing.

“I have been to the very brink and dodged the worst that a human being can, without fear… because I was protected by love.

“To death I say na-na-na-na-na boo boo… and to the rest of you… watch this space. There is a long road to recovery and that won’t look like what it did… I may leave the daft [stuff] alone for a while, but I have a lot left to do in this world.”

Jonathan also thanks his fiancée, the Sherlock actor Amanda Abbington, who he described as “he best thing to ever happen to me”.

In response, she tweeted: “I love you so very, very much. It’s actually ridiculous how much I love you, my beautiful loon.”

I love you so very, very much. It’s actually ridiculous how much I love you, my beautiful loon. 😍 https://t.co/UVTvnE6Zye

NBC has promoted AGT: Extreme, an eight-episode spin-off from its highly successful America’s Got Talent series, as a showcase of “the most outrageous, unique and jaw-dropping acts of enormous scale and magnitude that simply cannot be confined to a theater stage.”

Production on the show, which is set to broadcast in 2022, was suspended following the accident.