Four Signs That Codependency Plays a Role in Your Relationships 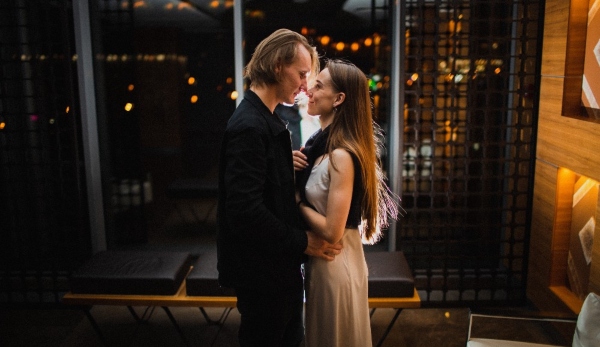 Yet another relationship bit the dust.

I was tired. I was sad. I was exhausted. Over a decade of dating, and every relationship had ended in flames.

A lightbulb went off in my head as I realized there had to be something that I was doing wrong because the same outcome kept repeating itself.

One evening, a good friend and I were having dinner, and she mentioned codependency, a term I had never heard before. A quick google search and a little research quickly unearthed the very tip of the iceberg. I was highly codependent, and it was affecting all of my relationships.

Below are four examples of how codependency played a role in my relationships, and how it deeply impacted my dating journey.

#1. You cater to your partner’s needs and completely neglect your own

When I was a young adult, I always prided myself on being a fantastic girlfriend.

The criteria for a great partner were very simple, according to my self-taught philosophy. The only requirement was to put my partner’s needs first and my boyfriends certainly didn’t resist being waited on hand and foot.

Over time, however, resentment would begin to boil up from within. Eventually, I would explode and end the relationship due to pure frustration and exhaustion.

Many years passed before I began to realize that it didn’t matter who I dated. If I did not ensure my needs were met, the relationship would always be one-sided.

#2. You believe in soulmates and the idea of someone being your everything.

Unconditional love, aka a soulmate, was something I desired more than anything else in the world.

When I was young, my parents would often withhold affection. Although the word “love” was tossed around often, I never truly felt it. If I had to use one word to describe my childhood, it would have been “cold.”

Dating was never something I could do casually. Plans for marriage were often discussed prematurely, and in every relationship, I immediately dreamed of an unattainable future.

My desire for a soulmate stemmed from my codependency, and I was putting an insane amount of pressure on my romantic interests to fill an unfillable void in my life.

#3. You begin to mold yourself into who you think they want

The first time I saw Austin, it felt as if my heart had stopped. He was stunning, with green eyes, a swimmer’s body, and curly blonde hair.

Disbelief was all I felt when he expressed interest in me. I was insecure and had no idea what had attracted him, but I wasn’t questioning it.

For months I attempted to be the girl that I thought Austin wanted. He was outdoorsy, so I pretended to enjoy the strenuous hikes and long camping trips. He mentioned that he loved when girls wore more flowing, hippie-ish clothing, so I threw on some beaded earrings and switched up my wardrobe.

When we broke up, I was devastated and incredibly lost. I had molded myself into who I (thought) he wanted, and I completely lost my sense of self in the process.

There was never any hesitation about abandoning who I was to adopt what my partner loved.

#4. You struggle to ask for anything from your partner

It had been two days since Jake had disappeared.

Oh, there had been several spottings. A tagged Facebook photo and a light on his messenger app showing that he was briefly online popped up, but no actual contact was made. For three days, I was in absolute agony. Jake was my boyfriend, as in committed, official boyfriend, but I didn’t reach out because I didn’t want to bother him.

At the end of the second day of no contact, Jake resurfaced with a sheepish apology for going on a party bender.

Instead of asking for him to contact me or explaining that I needed more in the relationship, I remained silent because I was terrified I wouldn’t get what I asked for and that he would leave.

Healing from my codependency has been a long journey. First, I had to understand it, identify my patterns, and then begin to reshape how I navigated dating entirely.

Until I was willing to do that work, codependency played a role in all of my relationships. It prevented me from truly being able to love myself and my future partner.

By taking the time to focus on my needs and discover who I was, I learned what I needed in a relationship. It wasn’t until reaching that stage that I was finally able to find, and keep, a healthy relationship.

You may also like these posts on The Good Men Project:

The post Four Signs That Codependency Plays a Role in Your Relationships appeared first on The Good Men Project.