It’s been almost 40 years since Grease 2 was released at cinemas, and in that time, it’s been held up as one of the most underwhelming sequels of all time, while somehow also garnering a cult following of loyal fans.

However, the divisive film has somehow grabbed people’s attention once again four decades later – after one viewer spotted a seriously NSFW blunder while watching the film.

Actor and YouTuber Justin Root posted a short clip of Grease 2 when he noticed a very unfortunate “wardrobe malfunction” in one scene, which happened while a background character was running and jumping over hurdles.

And be warned before you hit play – this footage is very much NSFW:

I spotted a wardrobe malfunction in Grease 2 🍆 🥔 🥔 pic.twitter.com/S88naYVeQu

The clip was posted online around a week ago, and in that time has gone viral, with more than 128,000 views on the video at the time of writing.

Suffice to say, people have had a lot to say about it (namely some big confusion over how this particular moment ended up in the finished film):

Nooooo and I will never watch this film in the same way again 🍆 #Grease2#blinkandyoumissithttps://t.co/Os1gV3l4HR

All these years, that guy knew that happened, and never told anyone, thinking he got away with it. 😂🤣😂

Is this real!? How has no one noticed this in 40 years or however old the film is 😂

The amount of times I've seen this but not seen that...
🤯😲

I’ve seen this movie at least 600 times, no exaggeration. Thought I knew every frame. Wow

How have I never noticed thiS

How did you spot that? I have watched this movie so many times and never noticed!

Oh my god. This is my favourite movie that I've watched 100s of times since I was a child. I have never noticed this! 🤣

OMG!! I thought for sure this was fake, so I pulled it up on Amazon prime and nope.. Totally true!

Once people’s shock had subsided, the conversation then, of course, turned to whether or not Grease 2 was actually any good or not:

grease 2 is superior in every way 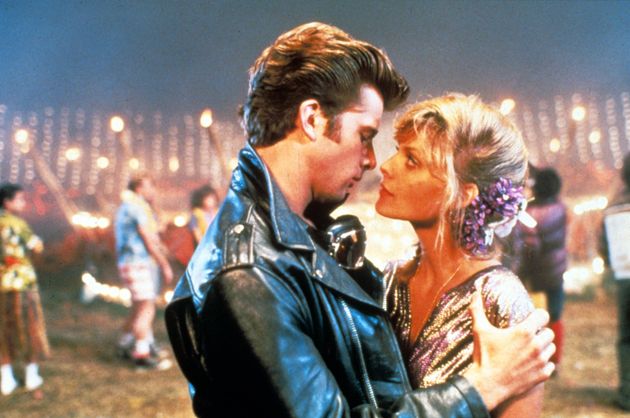 Taking place four years after the events of Grease, Stephanie is the new leader of the Pink Ladies (the clique that Sandy and Rizzo were part of in the original musical), while Michael is an English exchange student at Rydell High, who just happens to be Sandy’s cousin.

Only a handful of Grease’s cast members returned for the sequel, including Didi Conn as Frenchy and Eve Arden as Rydell High’s principal.