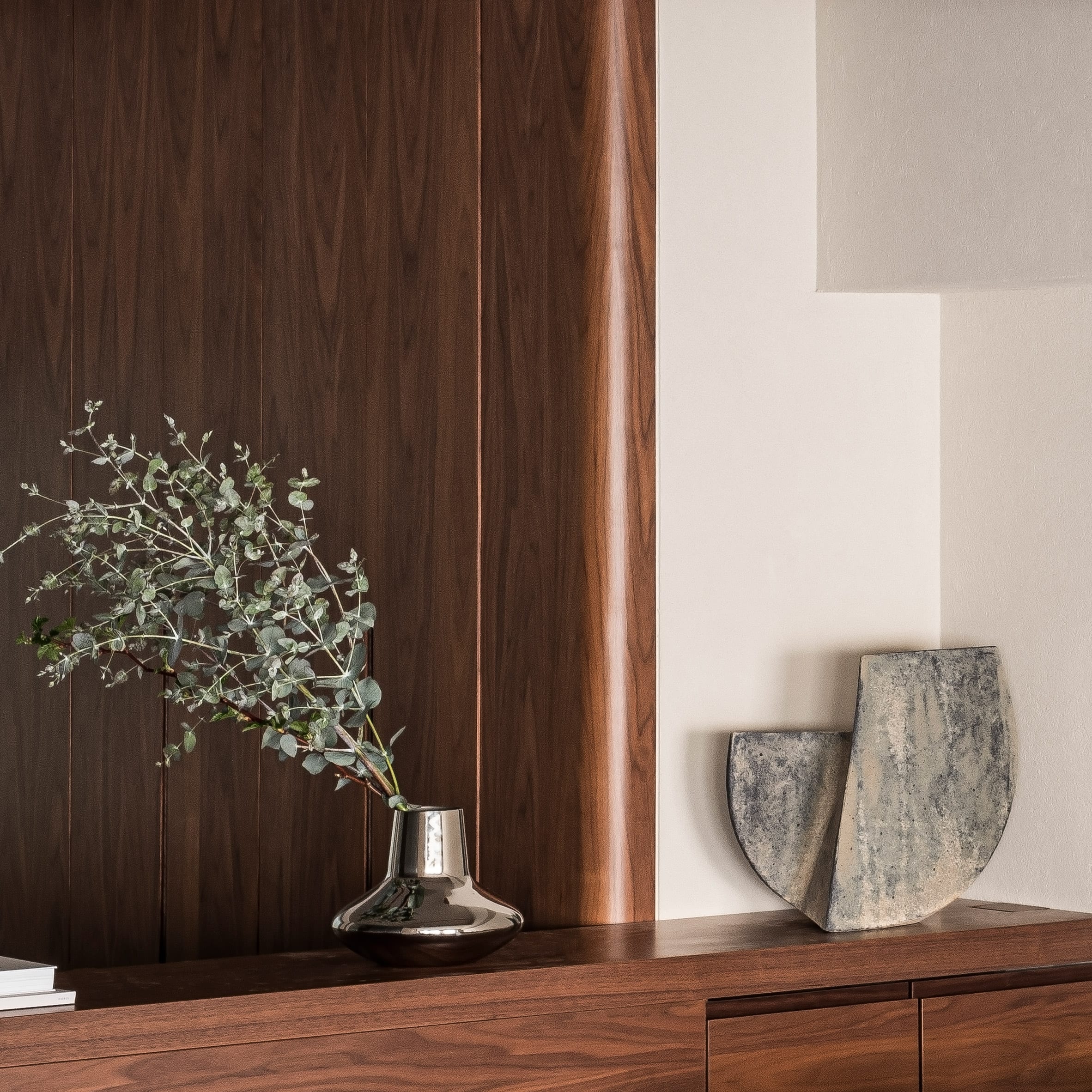 Reeded glass partitions, stucco walls and red walnut joinery feature in this renovation of a compact apartment in Tokyo by local studio I IN.

"There is a common image of renovated apartments in Japan, which is not always positive," said I IN.

"The majority of people prefer new buildings and spaces because of their appearance and reinforced structures as we have earthquakes."

To combat this preconception, I IN was commissioned to turn a 56-square-metre one-bed in a 1980s residential building into an understated luxury residence.

Set within Tokyo's eastern Suitengūmae neighbourhood, the flat features an open-plan layout with the kitchen, living room and bedroom all located in one connected space.

The kitchen sits at one end of the flat while the bedroom sits at the other, with the bed hidden from view behind a built-in walnut sideboard that the architects said serves as a "soft separation". To separate these two domains, the living area was placed at the centre of the space.

I IN incorporated a palette of neutral colours and subtle textures throughout to create a light, restful and calming ambience.

"We wanted to show the wooden architectural essence from old Japan through the texture of the wood and the three-dimensional layers of light, which you see in sci-fi movies," I IN told Dezeen.

"The soft ambience from the slit light and textured glass was also important."

In the future, the studio says the plan is to roll the design out to other buildings in central Tokyo.

I IN, which was founded by interior designers Yohei Terui and Hiromu Yuyama in 2018, was previously shortlisted for small retail interior of the year at the 2020 Dezeen Awards.

Other renovated Tokyo flats featured on Dezeen include an overhauled 1960s apartment by design studio Minorpoet, which has its kitchen hidden behind folding wooden doors, and a refurbished flat by architect Masatoshi Hira where a family of four shares one bedroom, living space and wardrobe.

The post I IN overhauls 80s Tokyo apartment to change perception of renovations in Japan appeared first on Dezeen.