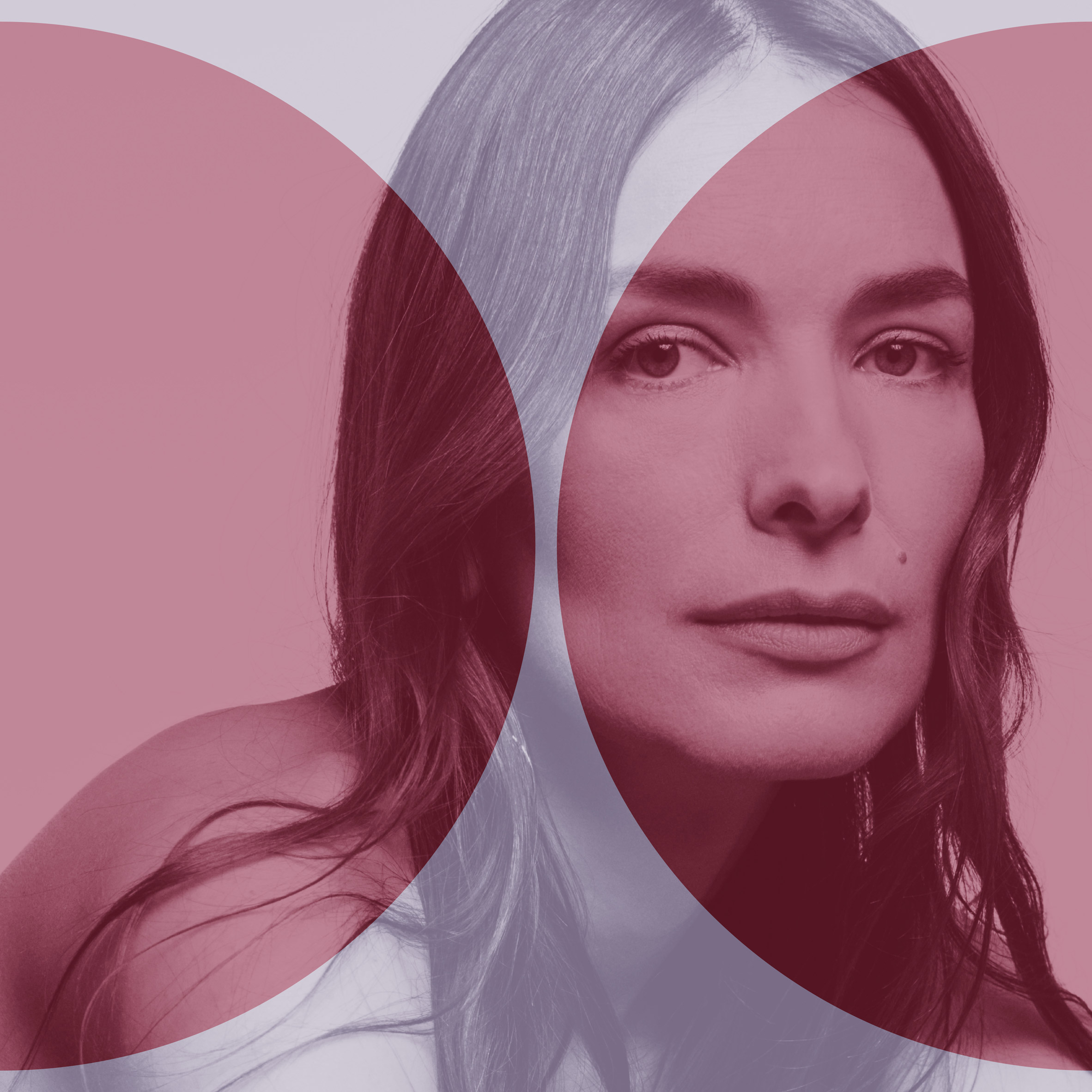 Fashion designer Roksanda Ilinčic describes how she learned about dressmaking by slicing up her mother's designer outfits, in the latest episode of Dezeen's Face to Face podcast.

Listen to the episode below or subscribe on Apple Podcasts, Spotify and Google Podcasts to catch the whole series.

In the Face to Face series, Dezeen's founder and editor-in-chief Marcus Fairs sits down with leading architects and designers to discuss their lives and careers.

Ilinčić, whose studio is located on the floor above Dezeen's office in Hoxton, London, is known for her colourful garments and draped dresses which take stylistic queues from her Serbian heritage.

"When you break down my work and look at the shapes, it's all very much part of where I come from and our national costumes," she explained. "Many of those details, I use in my designs as well. Pleats, floral embroidery and humongous big sleeves."

Ilinčić grew up in Belgrade and learned about fashion from her mother's glamorous wardrobe.

In the interview, she recalls how she would steal designer garments and customise them with a pair of scissors to wear to parties.

"I used to cheekily steal things when she wasn't around and even go as far as chopping them up and making them shorter," she said in the interview.

"Some of the pieces were brilliant pieces, even by Yves Saint Laurent. Unfortunately even those ended up dissected."

While she initially studied architecture in Serbia, she couldn't keep away from fashion.

"Instead of buying architecture books, I would just go and spend all my money on buying the most expensive fashion magazines," she remembers.

After reading about the work of London-based fashion designers such as Hussein Chalayan, Alexander McQueen and John Galliano, she moved to the city to study fashion design under the late Louise Wilson at Central Saint Martins.

"I thought I knew quite a lot about fashion already, but when I arrived at Central Saint Martins, I realised 'actually I'm clueless'," she said.

After graduating, she set up her eponymous label Roksanda, which produces two womenswear collections a year at London Fashion Week.

Despite abandoning her architecture studies, Ilinčić says her work remains influenced by the discipline.

"I always think of my clothes as some sort of shelter. I think that's where the strongest connection with architecture is, not in a shapes, sculptural elements or designs but more how you feel when you wear it," she said.

The previous episode of Face to Face featured British architect David Chipperfield, who describes growing up on a farm, struggling at school, how Zaha Hadid saved him from failing his architecture diploma – and why he still suffers from imposter syndrome.

Face to Face is sponsored by Twinmotion, the real-time architectural visualisation solution that can create immersive photo and video renders in seconds.

You can listen to Face to Face here on Dezeen or subscribe on podcast platforms such as Apple Podcasts, Spotify and Google Podcasts.

The post "I think of my clothes as shelter" says Roksanda Ilinčić in Dezeen's latest podcast appeared first on Dezeen.