After waiting longer than expected for the 2020 Tokyo Olympics to kick off, they have most definitely been worth the wait (whatever Piers Morgan claims), serving up some truly memorable moments in the first week.

As well as all of the incredible sporting achievements, there have been celebrations to end all celebrations, seriously painful mishaps, naughty sweary TV interviews and lots and lots of laughs.

Here are the most jaw-dropping moments you might have missed from week one of the Tokyo Games...

And the award for Most Enthusiastic Celebration goes to Tom Dean’s family and friends...

Mayhem in Maidenhead for @tomdean00

Although Tunisian swimmer Ahmed Hafnaoui’s nearest and dearest gave them a good run for their money...

Ahmed Hafnaoui's family back in #TUN react as the teenager wins 400m #swimming gold at the #Olympics.

As did US gymnast Sunisa Lee’s family and friends...

As was the reaction of Tom’s husband, Dustin Lance Black...

I want a husband that support me like this #Tokyo2020@DLanceBlack@TomDaley1994pic.twitter.com/5XXq5mDqpz

The entire state of Alaska came out to cheer on swimmer Lydia Jacoby...

Or an #Alaska swimmer with a 🥇 https://t.co/52rOgaSbLf

And this beats a pat on the back...

🇨🇲 Cameroon boxer Albert Mengue Ayissi with epic celebration of TKO in first round. We Move!#237twitter#tokyo2020pic.twitter.com/PZK9BwiLEf

The wifes reaction when she sees my towel hung up and not on the floor #Olympics#Swimmingpic.twitter.com/mK27Xp1CdY

As well as all the joy, there was also a lot pain...

As warm-ups go, this is quite something (*German judoka Martyna Trajdos later defended her coach, saying: “This is what I asked my coach to do so please don’t blame him. I need this before my fights to be awake.”)

This clip does NOT do justice the just absolutely cartoonish sound effect that occured when he slammed there lol pic.twitter.com/B768T9xcrJ

And things didn’t always go quite to plan...

...like when the camera boat ended up causing a false start in the men’s triathlon

Or when Brazilian surfer Italo Ferreira’s surfboard snapped in half... 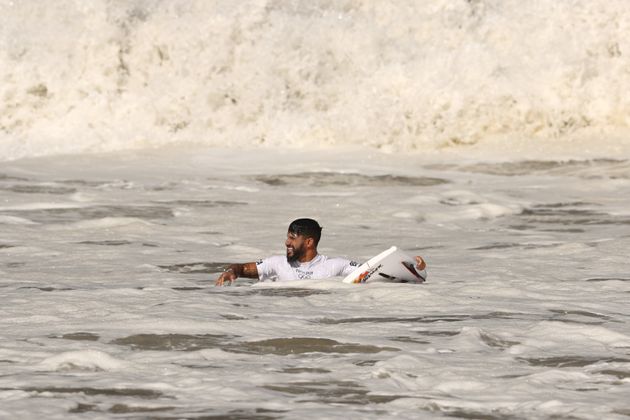 And he still went on to win gold... 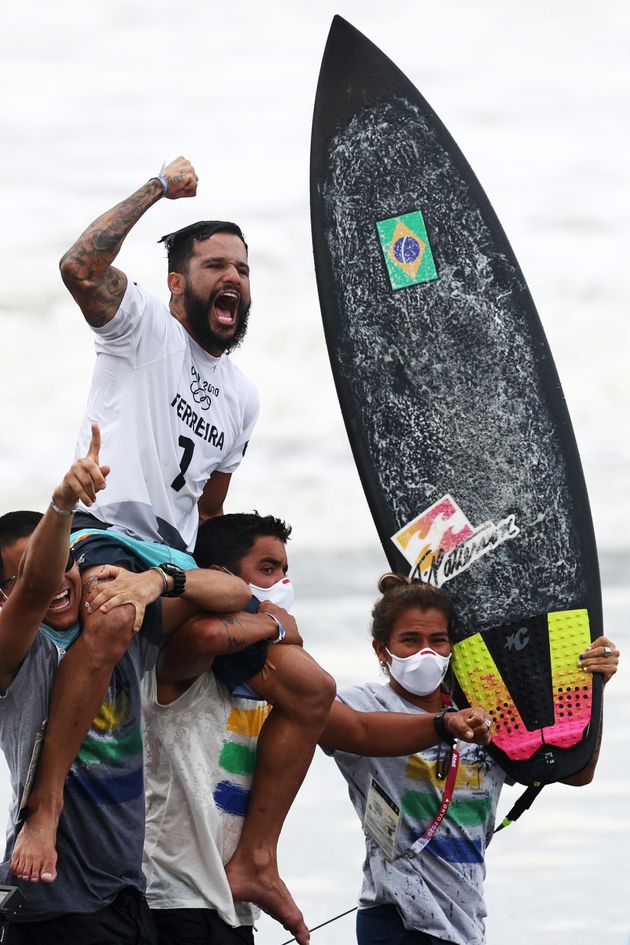 And you can always rely on live TV for some classic moments...

...Like Adam Peaty dropping the F-bomb, not once, but twice after he won gold

... and then gave an interview we won't forget in a hurry. 😅#Tokyo2020#bbcolympicshttps://t.co/X2jvCeA6Rfpic.twitter.com/c9Ac85JoFM

Aussie swimmer Kaylee McKeown got in on the sweary act too

“What would you like to say to your mum and your sister?”
“Fuck yeah oh shit... Woooo 🤙”

Congratulations to the legend Kaylee McKeown for the🥇and this perfect #Olympics moment pic.twitter.com/tgHOCzD0lD

‘Third leg’ is never not going to be funny. Just ask Tom Dean and Matthew Richards

Irish gymnast Rhys McClenaghan proves that the story about there being ‘anti-sex’ beds in the Olympic village is “fake news”...

“Anti-sex” beds at the Olympics pic.twitter.com/2jnFm6mKcB

Argentinian fencer Maria Belen Perez Maurice might have lost out on an Olympic medal, but she gained a (very public) marriage proposal from her longtime coach and partner... 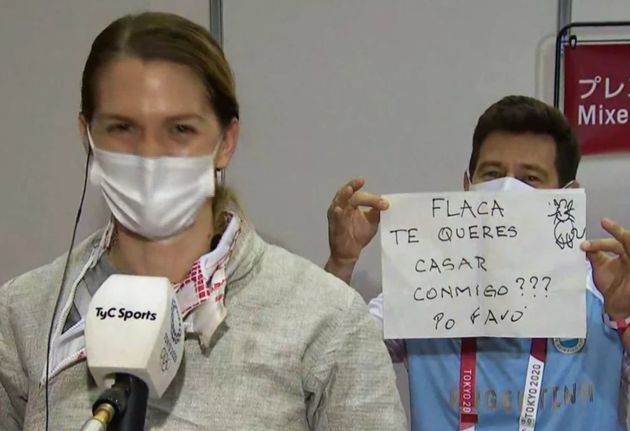 Clare Balding? Never heard of her.

It’s been an honour commentating the gymnastics today. pic.twitter.com/ZaBeoNRkNi

Whoever created this can take the rest of the Olympics off

And finally, is there no end to Tom Daley’s talents?