The Link Up: Em’s Ideal Summer Shirt, Ryann’s Chic $20 Sandals, And A WILD Article About An Architect That Blew Our Minds 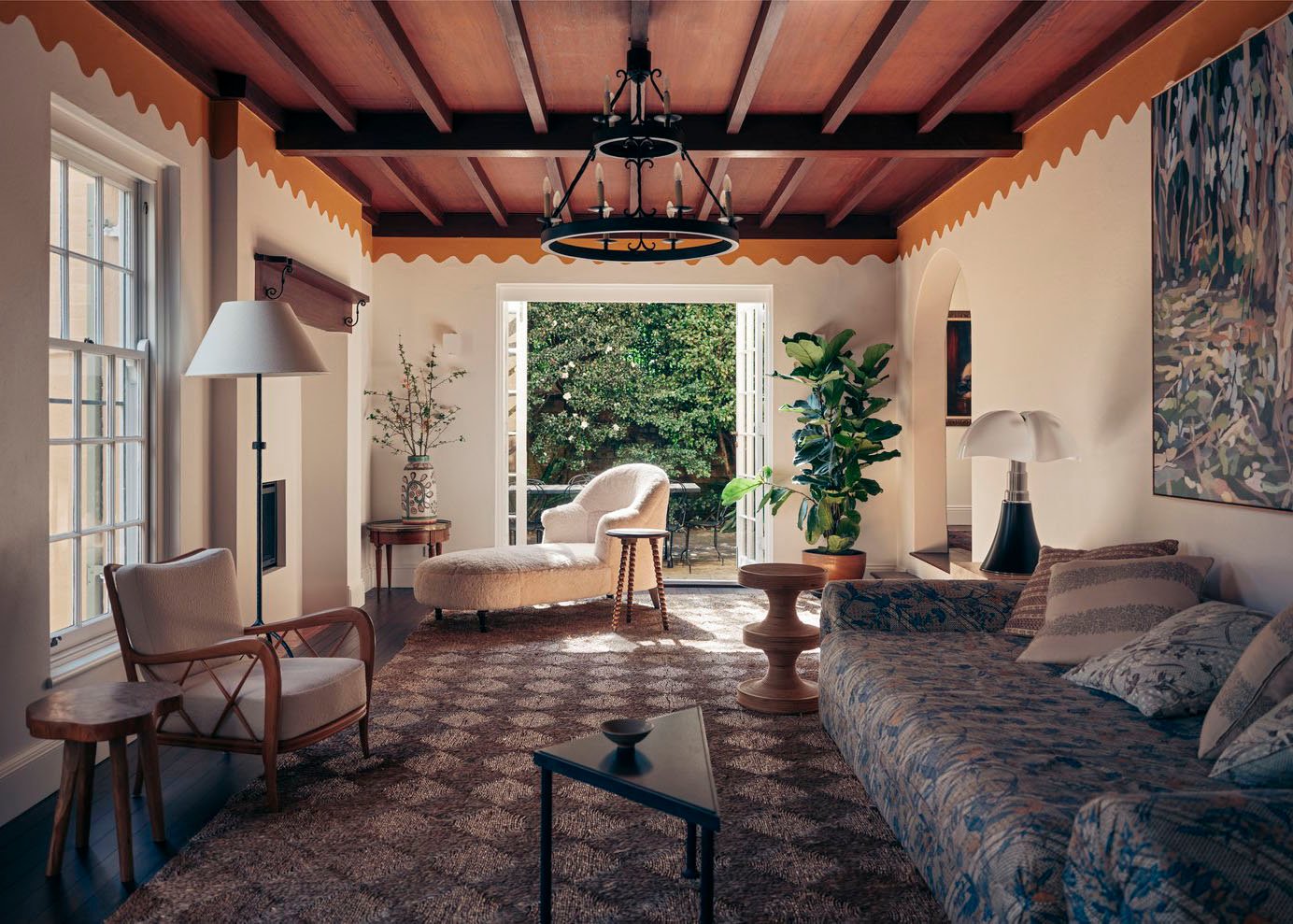 First things first, Happy Juneteenth! Last year, Juneteeth was finally recognized as a national holiday. This is in no way to say that our deep systemic issues are all fixed, clearly not. However, the national celebration of this monumental day is grossly overdue. One wonderful way to celebrate this day is to support Black-owned businesses. Here is a post that has a ton of wonderful places to check out! So again, Happy Juneteenth and let’s get into our links!

This week’s home tour designed by Handelsmann + Khaw is a straight-up fantasy. It has a villa vibe and is filled with patterned tiles, mixing in modern decor, a painted border in the living room that adds a ton of whimsy! Check out the rest of the home here!

From Emily: This is my new favorite shirt that I’ve been wearing A TON. It’s a little splurgy but it drapes great, is a lightweight linen, and is super breathable. Plus you know I love a good stripe. So it’s great for summer but also a great piece for all seasons because it’s really layerable. Highly recommend!

Also From Emily: My first-ever RETRACTION. It’s my sincere apology that I recommended something before I fully vetted it. A couple of weeks ago I was excited about the show “Under The Banner Of Heaven” and I said I was VERY interested in it. At the time we had seen 3 episodes and they were good. As the season went on Brian and I both found ourselves extremely annoyed at how they interpreted John Krakauer’s book. They fictionalized and editorialized it in a very negative way towards Mormons. As a former Mormon, I felt that this show wanted to be slanted and negative, and while extremist religion can’t be excused, how they ran this show felt wrong in a journalistic way.

Read the book. It’s excellent. But don’t watch the show. The acting is great (for the most part) but they took too many liberties by editorializing this horror. They exaggerated and extrapolated the truth to prove the director’s and producer’s point – one that was totally slanted. And doing that can be very damaging and frankly inaccurate.

From Jess: If you haven’t had the pleasure of following David Quarles IV then today is your lucky day. We got to meet him at the Meridian Experience Conference last week (we will do a FULL blog post soon) and his kindness and style will knock you over in the most wonderful way! As a multi-hyphenate, he is a wildly talented designer (as shown above), an incredible Zumba instructor (Mal, Ajai, and I took his class and had the best/very sweaty time), and a wonderful jewelry designer! His jewelry company is called IV and you should go check it out now!!

Also From Jess: A couple of weeks ago I told you that I ordered this primer that the TikTok makeup gals swear by. Well, I also ordered this HIGHLY reviewed setting spray. Now that I’ve been using them I can confirm that they are awesome and my makeup actually lasts! FYI I am SO new to all this so if you are like me and are easily intimidated by makeup stuff don’t be. I’m just a girl that wants her minimal makeup to last most of the day and wants some simple good options:)

From Caitlin: Bowled over by this reporting about a retired octogenarian architect whose professional credentials were used to FAKE APPROVAL ON BUILDINGS HE DIDN’T DESIGN. (On huge buildings, too – we’re talking skyscrapers here.) It gets crazier, though: basically, NYC requires that an architect signs off on all new construction to ensure buildings are, you know, safe (wild, huh?). But after this guy retired in 2016, he started to receive quarterly payments from his former employer, a major developer, in exchange for usage of his (literal) seal of approval. BUT WAIT! If that sounds sketchy, it wasn’t inherently weird in the original contract – the architect’s agreement originally stated that he’d need to review the developer’s plans within 48 hours. That’s still not standard, but it is slightly less shady than “your credentials in exchange for cash, no questions asked.” Naturally, though, the developer NEVER shared any plans and a huuuuge 51-story hotel has since been erected – with two other buildings in the works! – and all have the architect’s seal of approval, despite the fact that he never reviewed any plans. BUT WAIT! It turns out that the architect had been practicing illegally at times (who knew this would get so nuanced?) and now the whole thing is an even BIGGER mess. Such a tangled web and an incredible story, right?!

From Ryann: Last year when I bought these sandals, I truthfully didn’t know they would become such a staple in my wardrobe. I think I bought them in-store for a last-minute event I was going to that day. Cut to today, I now wear them at least once a day because they are so easy to slide on and go. They are $20 but look so expensive and look good with any jeans, shorts, dresses, etc etc. The band is soft and not too tight so they are very comfortable to walk in too. 10/10!

From Mallory: I LOVE a good candle (and I’ve gone through a lot in my life) but I hate the feeling of throwing away the waxy jars. Luckily there’s a new brand that’s fixing this problem – meet yuno candle…it’s a REUSABLE CANDLE where you can pop out the wax insert & replace it with another. Now we can have candles that are less wasteful!! Huzzah!

As always have a great rest of your Sunday and see y’all tomorrow!

The post The Link Up: Em’s Ideal Summer Shirt, Ryann’s Chic $20 Sandals, And A WILD Article About An Architect That Blew Our Minds appeared first on Emily Henderson.