This Is Robert Englund’s Favorite Nightmare On Elm Street Sequel 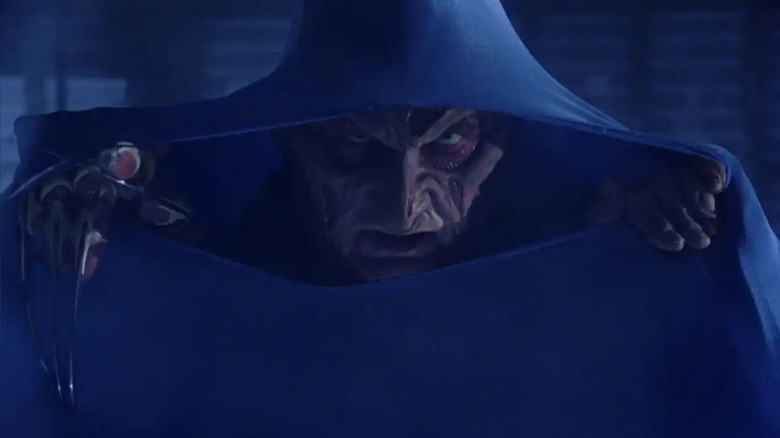 Legendary horror actor Robert Englund has worked with numerous genre masterminds, including Tobe Hooper and The Duffer Brothers, but he'll perhaps always be best known for collaborating with horror maestro Wes Craven. After playing slice-and-dice villain Freddy Krueger throughout eight "Nightmare on Elm Street" films (and voicing support for the 2010 remake, the only Freddy movie made without him), few understand the dream-killer and his films more than the actor at the center of it all. And when it comes to ranking favorites in the Freddy franchise, the man behind the glove himself considers the seventh entry, "Wes Craven's New Nightmare," to be at the top of the heap.

"Oh, I think 'Wes Craven's New Nightmare' is the best. It's meta, it's deconstructed, and he made it for the fans. You can watch it over and over again and it holds up. It's really good on DVD and Blu-ray and there's some great hidden easter eggs in it. I tell people, watch Heather Langenkamp playing Heather Langenkamp. Watch her go to visit her husband's set, the Wes Craven movie, with her husband doing special effects. Watch her costume: It slowly shifts and it's really interesting to watch her wardrobe. It's kind of like the kid in jeopardy; that's a real Guillermo Del Toro trope, to have a child in jeopardy. A kind of child witness through the horror. He does it in 'Mimic,' he does it in a lot of his films; he has the child witness and I think it's a great troupe, a great hook and Wes does it in 'New Nightmare.'"

"New Nightmare" is indeed the best kind of fan service; not a movie within a movie, but a movie outside of its own dimensions. 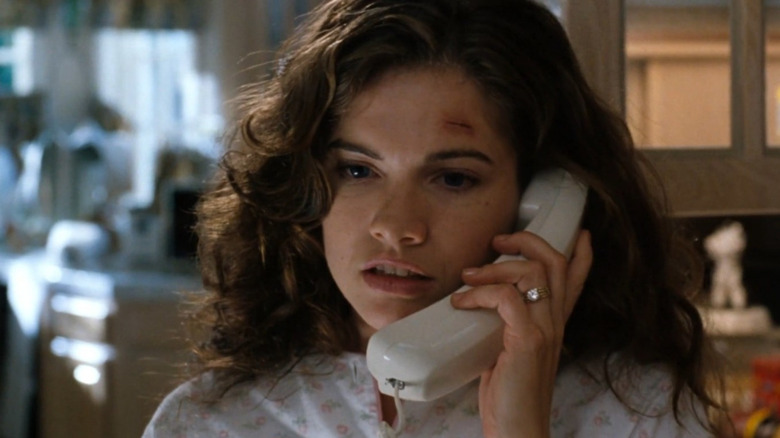 1994 was a near-elegiac year for slashers; the "Hellraiser" movies saw their final theatrical release two years prior with "Hellraiser III: Hell on Earth," while the Sawyer family of the "Texas Chain Saw Massacre" films had grown stale enough that a new generation had to carry Leatherface forward in 1995. The same year, the Boogeyman returned to Haddonfield but needed magic runes to drive him in a sixth "Halloween" chapter. Jason Voorhees had gone to Hell in 1993, and it would be nearly a decade until he would show up again, this time light-years away from Camp Crystal Lake.

The '90s were dire for the slasher movie cycle, which had seemingly exhausted all goodwill with genre-savvy moviegoers. Something needed to change.

Freddy Krueger has haunted dreams since 1984, reaching his bladed glove through REM sleep to collect the souls of Elm Street kids. As Craven, playing himself, explains in "New Nightmare," the not-entirely-fictional Bastard Son of 100 Maniacs is just one form of an ancient, innocence-consuming entity, in a similar way that Pennywise is just one of the faces worn by something much older and more powerful than a dancing clown. Craven gently tells Heather Langenkamp (also playing herself) that this entity "has gotten used to being Freddy now" and finds this plane of reality to be too cozy to leave -- thus the crossover from the Elm Street tales into the "real" world of "New Nightmare."

Freddy breaks the fourth wall as often as he did before (with fewer cheeky one-liners), but the narrative change-up is emphasized in other ways; Craven nixes the usual screen-slashing title card, real destruction footage from the 1994 Northridge earthquake made its way into the film, and one of the film's taglines emphasizes its breach of narrative safety: "This time, the terror doesn't stop at the screen."

This Time, Staying Awake Won't Save You 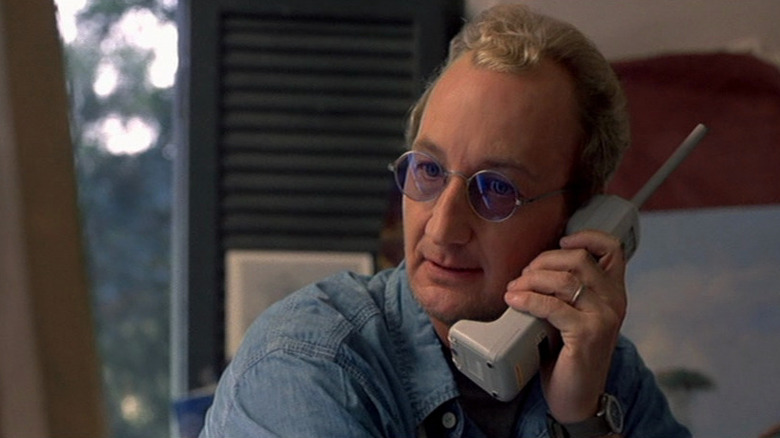 It's no surprise that Englund chose "New Nightmare" as his personal favorite. Coming a decade after "A Nightmare on Elm Street" and, in several ways, looking back on the legacy of the entire franchise, "Wes Craven's New Nightmare" isn't just the most meta entry in the franchise -- it's also the one that has the most creative room for its baddie. Englund gets the pleasure of playing a freshly-revamped Freddy Kruger -- now donning a trenc hcoat and a more sinew-y glove in addition to his signature time-worn fedora--– as well as a version of the actor himself (Freddy actually attributed as "himself" in the credits). Langenkamp shares several scenes with Englund out of make-up, consulting him about potentially doing another sequel after Wes Craven's dreams prompt him to start writing another sequel.

While Freddy is toned down and more in-line with Craven's original vision as a darker, less goofy entity, Englund is plagued with an ominous awareness that Freddy is now real and on the loose, as shown in one of Englund's paintings depicting an unleashed horror. Englund's presence is key to what makes "New Nightmare" work; Krueger can't untether from fiction without acknowledgement -- and fear -- from the flesh-and-blood man who gave him voice and movement. Wes Craven's last Freddy story was meant to tackle the ways that Krueger embedded himself into the lives of those at the epicenter of the "Elm Street" craze, while dismantling the entire structure of the franchise. Craven's next project, "Scream," would double-down on the genre deconstruction in 1996, creating its own franchise with a similar ripple effect -- and a few decades later, a similar need to shake up its own rules.

Read this next: The 95 Best Horror Movies Ever

The post This is Robert Englund's Favorite Nightmare On Elm Street Sequel appeared first on /Film.